The Premier League is the most popular football league in Africa. The Premier League has a large following on the continent, with millions of fans in countries like Nigeria, Ghana, South Africa, and Kenya. The league is broadcast on television in many African countries, and its matches are often broadcast in local languages.

The league is also hugely popular with African players. Some of the continent’s top stars, like Wilfried Zaha, Sadio Mane and Riyad Mahrez, have all made their mark in the Premier League. African footballers have been involved in some of the biggest transfers in the league’s history, with Manchester City’s purchase of Riyad Mahrez from Leicester City being the most expensive transfer involving an African player.

Nigeria has had a long and successful history in the Premier League, with over 100 players representing the country in the league since its inception in 1992. Nigerian players have become an important part of the Premier League, with some of the most iconic players in the league‘s history hailing from Nigeria. Notable Nigerian players include Jay–Jay Okocha, Nwankwo Kanu, Victor Moses, Wilfred Ndidi, and Odion Ighalo. Nigerian players have been instrumental in the success of many Premier League clubs, including Arsenal, Chelsea, and Manchester United. They have also been instrumental in the success of the Nigerian national team, winning the Africa Cup of Nations in 2013 and 2019.

Nigerian players have featured in the Premier League since its inception in 1992. These players include: 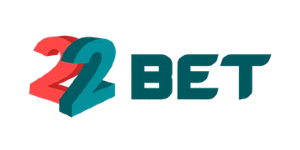